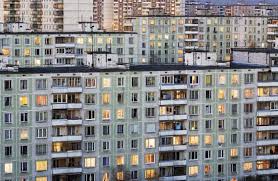 The article High density housing’s biggest myth by Ross Elliott published on The Pulse, suggests many high-rise apartments recently constructed or being constructed contain numerous apartments that are vacant or not occupied, particularly in the inner city areas. We have observed this trend with high density residential properties when developing urban growth models.  This trend imposes the requirement for urban models to provide for properties in some locations not being fully occupied. In some cases this can be as low as 20{1897c8b751ad578bd9a969480021909bcd327853590acbf66d5abd5e194cce96} occupancy. These low percentages are normally seen in holiday areas such as the Gold Coast or Sunshine Coast.

With the apartments in these high-rise buildings, Ross suggests “many are vacant: simply locked up and not used by their owners (often overseas buyers)”. Whilst this will be true for some apartments, other apartments are being utilised for short-term accommodation. These apartments are available as serviced apartments or short-term rentals and this type of land use should be accounted for in your urban growth modelling.

We do agree with Ross.  Owner occupiers are not swapping backyards for balconies, despite what the many in the media and property commentators would have you believe. There is credible research such as Cities: Better for the Great Suburbanization or Suburbs: The Geography That Won’t Die that shows owner occupiers want to live in the suburbs.  Our blog article Growing cities become less dense also supports this view point.

Owner occupiers still desire a backyard. Although, their houses will probably be bigger and the backyard smaller when compared to their parent’s homes.