China builds more houses in 12 years than there are in all of the U.K. 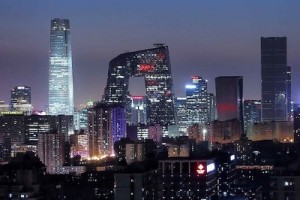 The growth rates in this article published by New Republic on Chinese megacities seem quite unbelievable: In 12 Years, China Built More Houses Than There Are In All of the U.K. Take the example of Shenzhen growing to 12 million people in 30 years from a cluster of small fishing villages. This gives a compound growth rate of 20{1897c8b751ad578bd9a969480021909bcd327853590acbf66d5abd5e194cce96} per year, assuming a starting base of 50,000 people.

To put this into perspective, the urban growth models we are dealing with have a compound growth rate around 2{1897c8b751ad578bd9a969480021909bcd327853590acbf66d5abd5e194cce96} per year.  To service that low growth rate requires investment of many hundred millions of dollars in network infrastructure projects. To have a growth rate 10 times our rate requires investments into the billions of dollars and that is just for one megacity. The article suggests there are at least 6 megacities and 160 cities with populations of more than a million. That is a staggering amount of infrastructure investment required to service that population growth.

Given the factors that contribute to China’s ghost city phenomenon. Where local governments solve their funding problems by seizing land from their poorest residents and then selling it to developers. The developers then develop the site and sell the dwellings to investors. These investors have no intention to live in the dwelling and leave it vacant speculating on a capital gain. You would have to suppose that high-rise apartment buildings in these mega cites contain many vacant units. Thus, the network demand on those city’s infrastructure networks would be low.

I would find it interesting to know, if high occupancy rates were achieved across a city, does the underlying network infrastructure in those mega cities (i.e. water supply and sewerage) have capacity to service this demand?